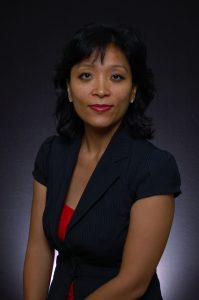 While IAU has a very endearing place in my heart, I do have a passion outside of teaching: acting and filmmaking.

People often ask me “when did you move to Los Angeles?”, and by that, what they really mean is “when did you start pursuing acting?” LA is such a mirage that thousands land here each day, from all around the world, to pursue that ever elusive dream of being on the silver screen. That’s why anyone who is here in acting “must have” come here to LA to pursue acting. I didn’t. I came to LA 14 years ago because an American company had relocated me here from Australia to develop a new technology for them. If someone had told me then that one day I would be interested in the film industry, I would have laughed and thought that it was the most ridiculous joke ever.  Back then, I was a hard-hat wearing engineer who climbed up to the top of multiple-story-high silos or crawled into the confined space inside mixing tanks multiple times each day. My feet were always wet, my face black from soot and dust, and my hands full of cuts and stains. I walked around in steel-cap shoes, a clip board and a pen in hand, screaming at the top of my lungs into the walkie-talkie just to be heard over the noise of machinery. I troubleshot furnaces and calculated the fluid dynamics in manufacturing systems. My goal was to build the most efficient factory possible within a target budget. Everything was very black and white and precise. Even when you don’t have an exact number and had to estimate an outcome, your statistical methods can still calculate your margin of errors. Like what you could expect from a successful engineer, I was logical and driven and had no empathy for anything that cannot be described and predicted by a mathematical formula. 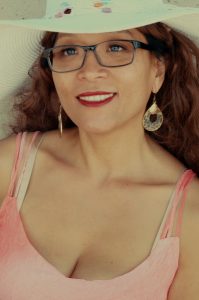 A few years ago, I ended up in an acting class – just for fun, to support a friend. I remember as a part of an exercise, I was given a scene and was to perform in front of the class. I was nervous at first but then a moment later, suddenly it was like I disappeared, and the character of the scene emerged. I could feel her pains, so raw, so real and so devastating that it left a powerful impact on me. I was at a place within me that I have never been before, emotionally vulnerable in front of strangers, yet so alive. I never saw it coming, but that was the day that I started earnestly pursuing acting and filmmaking.

I came to the industry without any formal training, so everything has been intuitive and self-taught. I learn slowly and choose to learn by doing. So far, I have made 19 films, in various genres: drama, comedy, Western, horror… I can honestly say that some of my films are embarrassingly bad but there are films that I am very proud of and I would not have learned what I have learned so far without jumping in and doing whatever I had to the best I could.  My films and my acting performances in other films and TV shows have been screened around the world and collected various trophies and awards –some are more token than real prestige, but the journey has been soulful.

Currently, I am working on a feature-length documentary film about physical domestic violence against women. There are over 7.6M women in America that are victims every year and there are common public misconceptions that have serious implications for the victims. This is a project that I am very passionate about. It is an important project that needs to be made to bring awareness and makes a difference to a problem that is, unfortunately, timeless, universal and widespread. I am very nervous about the challenges in this project, but I am just as determined and committed to it. While working on the documentary, I am still also working various narrative projects. If you are interested in being a part of my projects, please feel free to reach out to me!